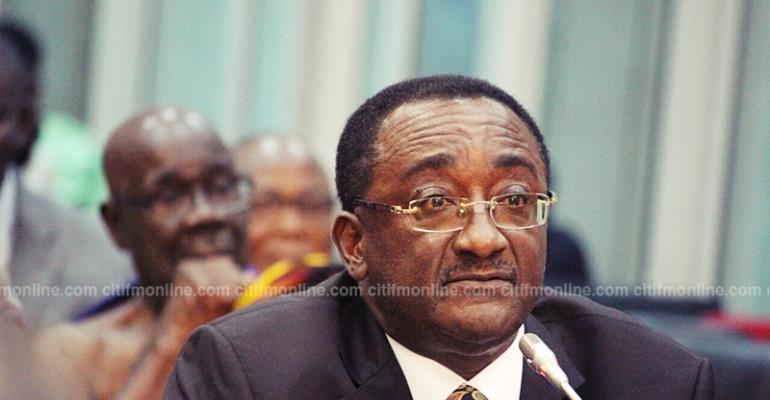 Government has reduced the prices of fertilizer by fifty percent.

This according to government is to motivate farmers to increase crop yields and also pave way for more exports.

The Ministry of Food and Agriculture revealed that the price of compound fertilizer (NPK) which was GH¢85 in 2016, is now selling at GH¢ 57.50 pesewas.

The Ministry also revealed that the price of urea is currently selling at GH¢47.50 pesewas instead of the GH¢80 it was previously been sold at.

“Organic fertilizer will be GH¢15 flat. What it means is that the 57 cedis represents 50% reduction as the subsidy amounts to 50%. The cost to the government is Ghc115 per bag of 50kg for NPK which is the most common form of fertilizer. A farmer is paying only half of it, which amounts to Ghc57.50 pesewas.” Dr. Owusu Afriyie Akoto said.

Announcing the reduction, Dr. Owusu Afriyie Akoto said the move is part of measures to enhance productivity in the agric sector.

“In terms of comparison with last year, we hope that this huge reduction in price for the farmer would encourage more farmers to apply fertilizers so that we can raise the productivity on the farms this year.”

Meanwhile farmers have welcomed the reduction in the prices of fertilizers.

They contend that the development will increase their yields and reduce the high operational losses due to food rot.

The President of the Ghana Agricultural Chamber of Commerce, Philip Abayori also tells Citi Business News the reduction should help farmers save up to fifty percent of operational cost.

“The fertilizer was taking about forty-five and in some cases sixty percent of the cost of production. In that case, it hardly made the farmers competitive compared to their peers from across the sub-region.”

“The other good thing of this development is that it will allow more use of fertilizer among agricultural production to increase crop yields,” he explained.