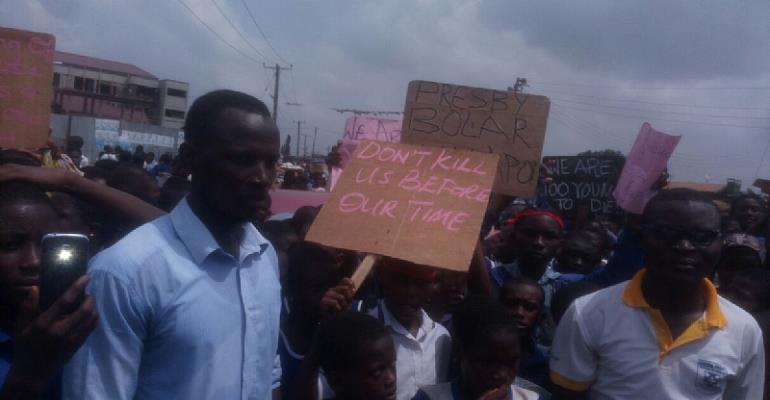 Pupils of the Ashaiman Presby A and B basic schools, are appealing to the Ashaiman Municipal Assembly to close down a major refuse damp which is very close to the school.

According to the pupils, they have no choice than to go home earlier than the normal closing time due to the smoke that emanates from the dumping site. 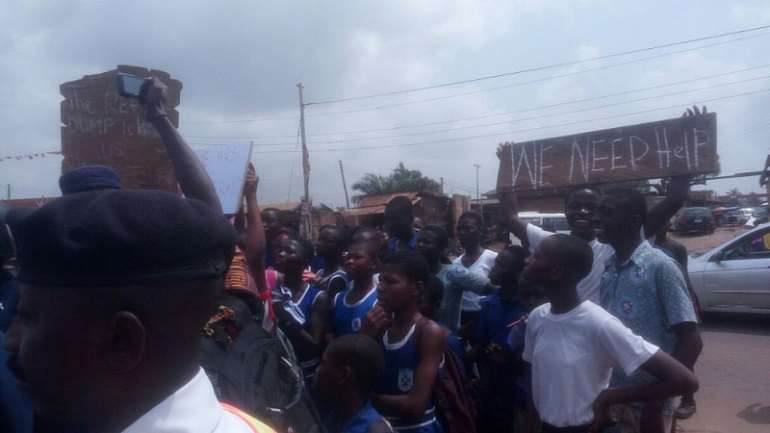 Apart from that, they say they have to put up with house flies in their classrooms as a result of the proximity to the dumping site.

The pupils who spoke to Citi News noted that, the situation makes learning difficult and uncomfortable.

“We don’t feel like schooling here anymore because we don’t like the smell that comes from the dumping site as well as the houseflies and the smoke. All the time, we have to inhale the thick toxic smoke and be killing houseflies with our bare hands. Our school uniforms are always smelly because of the problem we face here. Just yesterday one of our friends collapsed because the smoke was very thick and it lasted all through our school hours” they complained

A teacher who spoke to Citi News on condition of anonymity also noted that, they have petitioned the Municipal Assembly several times but to no avail.

He said “our school often than not closes the kids earlier than the normal closing hours because even we the teachers just cannot take the smoke and the stench from the site. Most of us teachers are contemplating leaving the school because our health is at stake”

They appealed to the Regional Minister to as a matter of urgency order the Assembly to relocate the dumping site since it is having a negative effect on their health.