PROSPER, is a community-based intervention targeted at enhancing access to education with the provision of school infrastructure, improving nutrition behavior, strengthening women’s empowerment and building the capacity of people living in cocoa farming communities for sustainable development.

The Project was launched in a sequel at Bibiani and Sefwi-Wiawso and was well attended by stakeholders from the respective districts where the PROSPER intervention will be operational.

Addressing participants, the District Coordinating Director for Bibiani-Anhwiaso Bekwai, John Nana Owu, expressed his appreciation for the honour done the district to host such a laudable initiative and promised to work together with all key agencies within the district to support the successful implementation of the PROSPER Project. 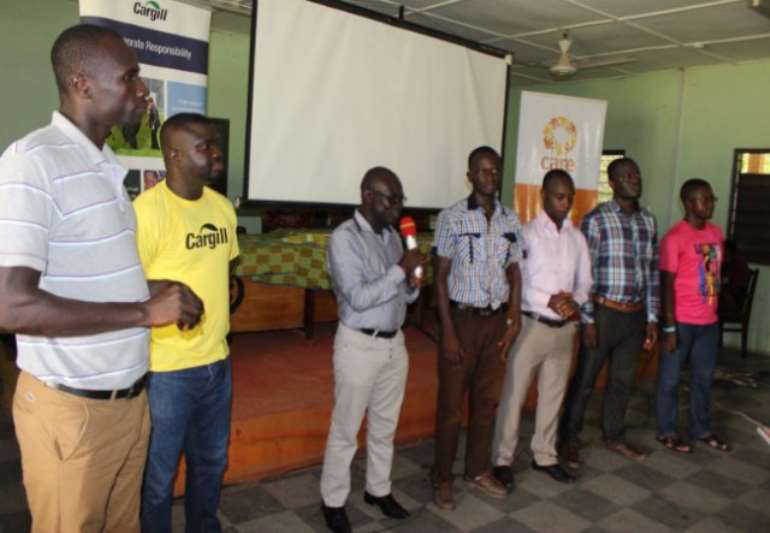 Harnessing on CARE’s achievements over the past 23 years, the PROPSER Project Manager, Dr. Theophilus Nkansah urged all key district stakeholders present to familiarize themselves with the core objectives of the PROSPER intervention and support in areas that aligns with their institutional mandate to make the project a success.

According to the Deputy Sustainability Country Lead for Cargill, Samuel Apana, the PROSPER project is a component of Cargill’s global Cocoa Promise, a corporate social responsibility initiative aimed at sourcing cocoa sustainably by improving the livelihoods of individuals living in cocoa growing communities and supporting community development.

He also emphasized that due to CARE’s achievements and the success of previous partnerships, Cargill for the third-time running was excited to partner CARE again for the implementation of the community development pillar.

With the support of some selected lead farmers from the Project’s partner communities, representatives from the district and Cargill deputy country sustainability lead, the PROSPER project was declared duly launched.

The PROSPER project which delivers the community development component of the Cargill Cocoa Promise is a three-year intervention supported by Cargill and implemented by CARE, an international NGO with expertise in community development. Overall, the project will be rolled out in about 200 communities over the 3-year